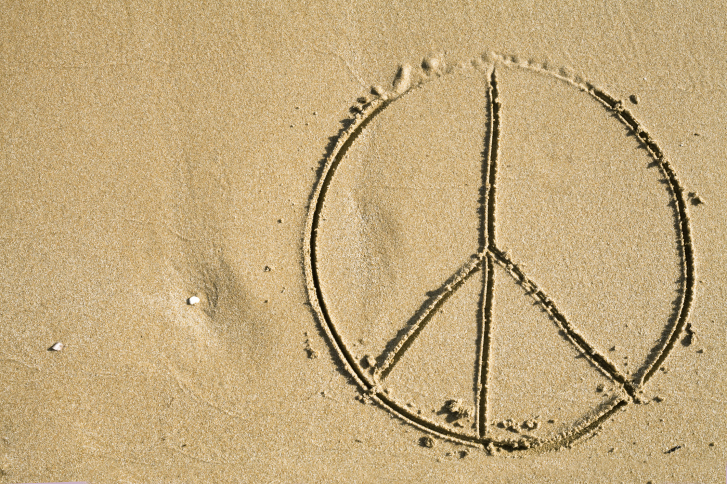 What world do you live in? In light of the late acts of terror and violence around us from Beirut to Paris to Bamako to Colorado Springs, it is easy to fall into the hostile world, the one that is well crafted by a few twisted minds. Some have branded their names and their actions with religion. They misinterpreted the scripted word or used it in a warped way to legitimize their actions in honor of religion. How could one believe — or make others believe — that sacrificing innocent lives in the most violent way could be done in “the name of God”?

What “God” are they talking about, or better yet, what “God” are they experiencing? Is it a concept that they have created to justify their ideology? Ideas that can make them fuel hatred and fear with a promise of heaven after life. If heaven and hell exist, we are living in them now. Our world could be heaven or it could be hell. Same world. Different mindsets. Which one is yours?

So how could we prevent hateful minds from influencing us, taking away innocent lives, creating fear and manipulating impressionable people into fulfilling their master plan of hatred, antagonism and terror?

1. Take a Stand for Peace

Is your world a loving or hostile world? You have the power to decide and stand by your choice! Tell yourself: My world is mine and I refuse to let someone else create it for me. My world is a world of forgiveness and gratitude and I refuse to let a masterful distorted mind craft it for me. The cartel of God is theirs — mine is merciful and loving. By voicing our opinion clearly to our political leaders and elect those who represent our thinking, we can honor our stand. Let’s stop supplying those with violent intentions with weapons and destructive technology. We are all interconnected; each and every act of violence we participate in is directed towards ourselves.

Break the silence! With digital media and the explosion of cyber communication, we have to raise collective conscious awareness. We should not react to violence with violence but instead respond to violence by asking the right questions to raise awareness. Otherwise, we will become enablers of the hatred around us.

3. Question your Beliefs and Help Others Question Theirs

The only reason people take their own life in the name of God is because they live a life that lacks purpose aligned with life itself. They align their purpose with killing life and let themselves be brainwashed by the deranged Machiavelli psyches. Beware beliefs are not innocuous; they have the power of creating life, destroying it and influencing others. Let’s replace the beliefs of hatred and discrimination with those of acceptance, tolerance and mindfulness. If we stand firm in these values, we become a mirror for others to question theirs.

When someone is hungry he becomes desperate. Some twisted masterminds have created an interesting value proposition for a deranged, maladapted or desperate to become a terrorist that is hard not to embrace when desperate. With their level of awareness, these people buy into the idea of belonging, providing for their family, community, religion and their God by killing others and killing themselves. If young, impressionable minds could devote that same loyalty and hard work to doing good, the world would be a much better place.

It is high time for religious figures to own their responsibility in awakening themselves and their people to what is truly happening. It is time for them to rise above the mass and up their games. Religious leaders are active participants in the creation of human rights and social evolution. Why have so few risen to awaken their people? In fear, love cannot grow.

Choosing to live in a loving world is not easy to do when violence, aggression and terrorism is all around us. While being aware of the hostile world, could we as a society embrace our own shadow and keep choosing love? I say we can, what about you?

Despite a tumultuous childhood, I discovered a practical and simple process for turning personal losses into catalysts for transformation. Now I’m committed to helping you do the same. Please join me on a journey to awakening and living with conscious awareness.